Home » About Us » Terrence Ayala 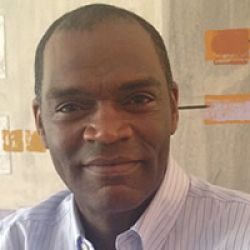 Mr. Ayala has been in private practice for over 10 years. Prior to that, Mr. Ayala served as an Assistant United States Attorney for the Southern District of Florida, in which capacity he completed over four hundred civil and criminal cases including twenty-one federal jury trials.

He began his practice with private firms in Michigan and Florida, concentrating in public finance and commercial transactions. He holds Bachelors degrees from Princeton University in Politics and Florida Atlantic University in Computer Science as well as a Juris Doctorate from the University of Virginia. Mr. Ayala has been a member of the Florida Bar since 1991 and the State Bar of Michigan since 1987.

We are using cookies to give you the best experience on our website.
By clicking "Accept" or "Reject" you can accept or reject the use of these cookies.
You can find out more about which cookies we are using or switch them off in settings.

This website uses cookies to remember your language preferences. Cookie information is stored in your browser and remembers which language you prefer to use on the site.

Strictly Necessary Cookie should be enabled at all times so that we can save your preferences for cookie settings.

If you disable this cookie, we will not be able to save your preferences. This means that every time you visit this website you will need to enable or disable cookies again.